You are here: Home / Archives for urban fantasy 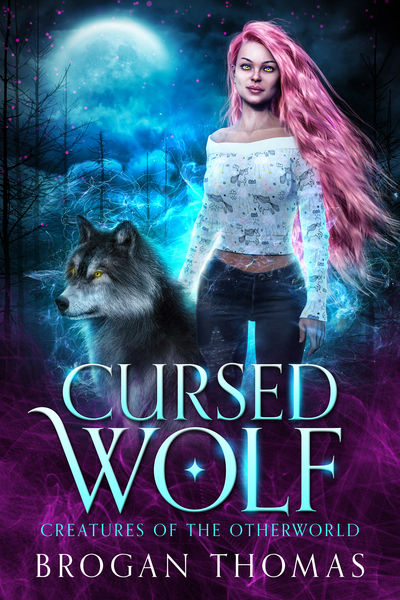 For a shifter…
…being stuck in wolf form is torture.

The moment I shifted; my life changed.

After witnessing a traumatic event at a young age, nine-year-old Forrest shifted into her wolf form – and was unable to shift back. Years later and suffering at the hands of her malicious step-brothers, she stubbornly clings to the hope that she’ll turn back into the girl she once was.

But when her magic returns at the moment she needs it most, Forrest is thrust back into the world of humans. There’s only one problem. Her pack is out to kill her.

Struggling to learn how to walk and talk again, Forrest finds herself on the run from the cold-blooded shifter council. But hidden deep within her human form lies a secret – a powerful magic that has the potential to set her free.

If only she can stay alive long enough to master it…

If you love high-octane Urban Fantasy with shifters, suspense, and one young woman fighting for her independence amid a dangerous patriarchal world, then you won’t want to miss Cursed Wolf. This thrilling novel strikes the perfect balance between humour, friendship, and slow-burn romance. Grab your copy now!

END_OF_DOCUMENT_TOKEN_TO_BE_REPLACED 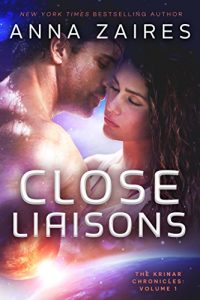 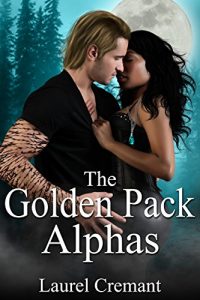 Let your inner ALPHA out to play…

Were hybrid, Georgia Walker, has spent months avoiding Marcus, the wolf shifter otherwise known as the pain-in-her-ass. The brooding and stalkerish enforcer makes her lips curl in a snarl, but her skin tighten with need—a combination of reactions that has Georgia tense and less than her usual, affable self. She’s spent her entire life struggling to fit in with her pack. She doesn’t need Marcus around tempting her to flex her control and limits.

Marcus Legrand loves a good chase, and Georgia stirs more than his love of a good hunt. Despite how well Georgia tries to hide behind her snarky sarcasm, he sees more than he knows she’s comfortable with. Her scowls can’t hide the flare of heat that sparks between them each time they meet. He’s tired of Georgia running from him at every turn, but the too-smart-for-her-own-good she-wolf excels at pushing his buttons.

When Georgia’s father, current alpha to the Golden Pack announces his successor, it tilts Georgia’s world on its axis. With unknown forces endangering the pack, Marcus and Georgia are forced to put aside their differences and work together, even as fate and attraction pulls them closer together.

Get The Golden Pack Alphas by Laurel Cremant at Amazon 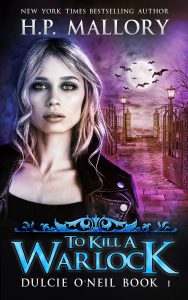 I’m a fairy. But not the type to frolic in gardens.

I’m a Regulator—a law-enforcement agent who monitors the creatures of the Netherworld to keep them from wreaking havoc in the mortal world.

When a dark-arts warlock is murdered and I was the last person to see him alive, I’ve got two choices. Either figure out whodunnit before I’m deported back to the Netherworld, or before I become the next victim.

So, yeah, it’s really more like I’ve got one choice.

Enter Knight Vander, a cocky investigator sent from the Netherworld to work the case with me. Knight is what’s called a Loki and he’s the first of his kind I’ve ever come across. He was created by Hades, in Hades’ own image and can I just say that Hades must have been pretty damn hot…

Yeah, Knight is the sexiest guy I’ve ever seen but he’s also bossy, demanding, and way too convinced of his own self-importance. So, I’m not exactly thrilled to have him as my partner.

As the body count increases, I find myself having to keep a sex-crazed, sadistic demon in check all the while fending off the advances of a super powerful vampire, Bram. And dealing with Knight isn’t exactly a walk in the park.

Sometimes working law enforcement for the Netherworld is a real bitch…

Get To Kill A Warlock at Amazon 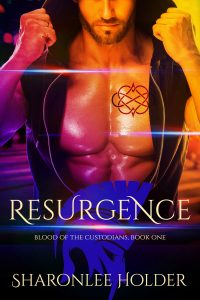 It’s been a thousand years since the Fates destroyed Olympus, forcing the gods into exile among the humans. Now, led by Eros, the sons and daughters of the Olympians are preparing for war. They are determined to win their freedom, but the Fates will do anything to keep the status quo. A prophesied weapon—said to be able to destroy the Fates—is sought by both sides. Eros and the resistance want to use it to win their freedom, while the Fates race to find the weapon first and destroy it.

Antara, a hybrid of human and Custodial descent, comes into her ancestral powers as the very Tracker Eros needs to find the weapon. Kidnapped, held hostage and forced to confront the hidden truth about her own heritage, Antara is drawn deeper and deeper into a world she never knew existed. Things would be a lot simpler if she could just hate Eros for bringing her here; if his fate weren’t now bound to her own—and if, despite everything, she didn’t already find herself falling in love with him…

Resurgence, book 1 in the Blood of The Custodians series by Sharonlee Holder is a fast-paced paranormal romance featuring rich, dynamic characters centred on a smouldering love story and timeless themes.