You are here: Home / Archives for Shannon West 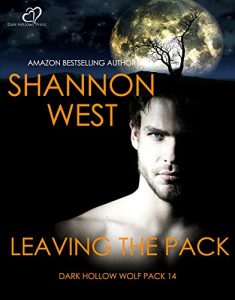 Night after night, Logan is having nightmares about a terrible massacre that happened years ago when he was a Hunter, and he can’t get the violent images out of his head. The incident is one he feels responsible for and someone is sending him reminders of the brutal killings and thinly veiled threats. Logan confides in Nicky, who tells him to talk to his mate, Ian. He urges him to tell the truth about the dreams, because “if Ian finds out from someone else, it’ll be over between you.” When the rogue alpha who has been sending Logan the messages tells Ian what he knows, it severely damages his relationship with Logan. Logan runs from the pack, and when the rogue alpha attacks Logan, Nicky tries to intervene and is almost killed. A terrible divide opens up in the pack between those who think Logan may be guilty of the atrocity and those who defend him. Marco and his followers are on one side against the rogue alpha and his supporters, who want to take over the pack. Who will manage to gain the upper hand? Or will this finally tear the powerful pack apart and start a civil war? 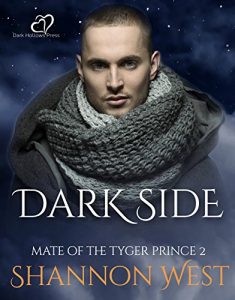 The course of true love never did run smooth. Ryan is settling into his role as a new father and the royal consort of Mikos, the fierce and handsome Prince of Tygeria. He’s still deeply in love and happy—most of the time. But the former Alliance colonel is a bit restless, and even though he loves his child and his mate, he needs a bit more to occupy his time. Mikos thinks giving him more babies to care for will help, but Ryan comes up with a different idea for some diversion and physical challenge by forming his own team for the dangerous Arena Games.

Meanwhile, Haggoz and Kevin are deeply involved in a much more serious game of their own. The king warned Haggoz that punishing his own mate and holding him prisoner would be nearly impossible, but Haggoz can’t bear to be parted from him. Locked in a seemingly endless war between his love for the former marine and his duty to his king, Haggoz is struggling to survive. Just when it seems that they’re hopelessly deadlocked, Mikos and Haggoz go on what should be a routine mission against an ARes training facility on a distant moon.

When disaster strikes and word gets back to Ryan that Mikos and Haggoz are both in terrible danger, he embarks on a desperate mission to save them and bring them safely home. Ryan finds an unlikely ally in Kevin to help him save the men and discover that even though the course may be rocky, true love will always find its way.